Custom Shader 3D is available for a limited time at a launch price of $195.

Custom Shader (3CuS) is a powerful tool that allows you to make your own fragment shaders from within Fusion Studio.  No need to learn how to make plugins, you simply choose the inputs controls you want and write the shader into the text box and Custom Shader will add your shader to the Cg compiler.  You don’t even need to restart Fusion.  The shader code is stored in the tool itself, so any shader you develop doesn’t need to be distributed to the renderfarm as a separate file, it’s entirely self contained, much like Fusion’s built in Custom Tool.

The UI is completely dynamic, you can add named custom inputs for materials, colors, floats, booleans, transforms, as well as lookups for gradients and curves.   After creating your shader, you can even package it into a custom setting or macro to expose only the inputs you want to see. All of the inputs are User Controls, so you have full control over their attributes.

Custom Shader has access to lights, transforms, cameras, vertex colors, and other important features to allow a wide variety of shaders including lighting models, procedural textures, color correction, warping, filtering, etc..  In fact, all of the shaders we’re currently selling can be made using Custom Shader. 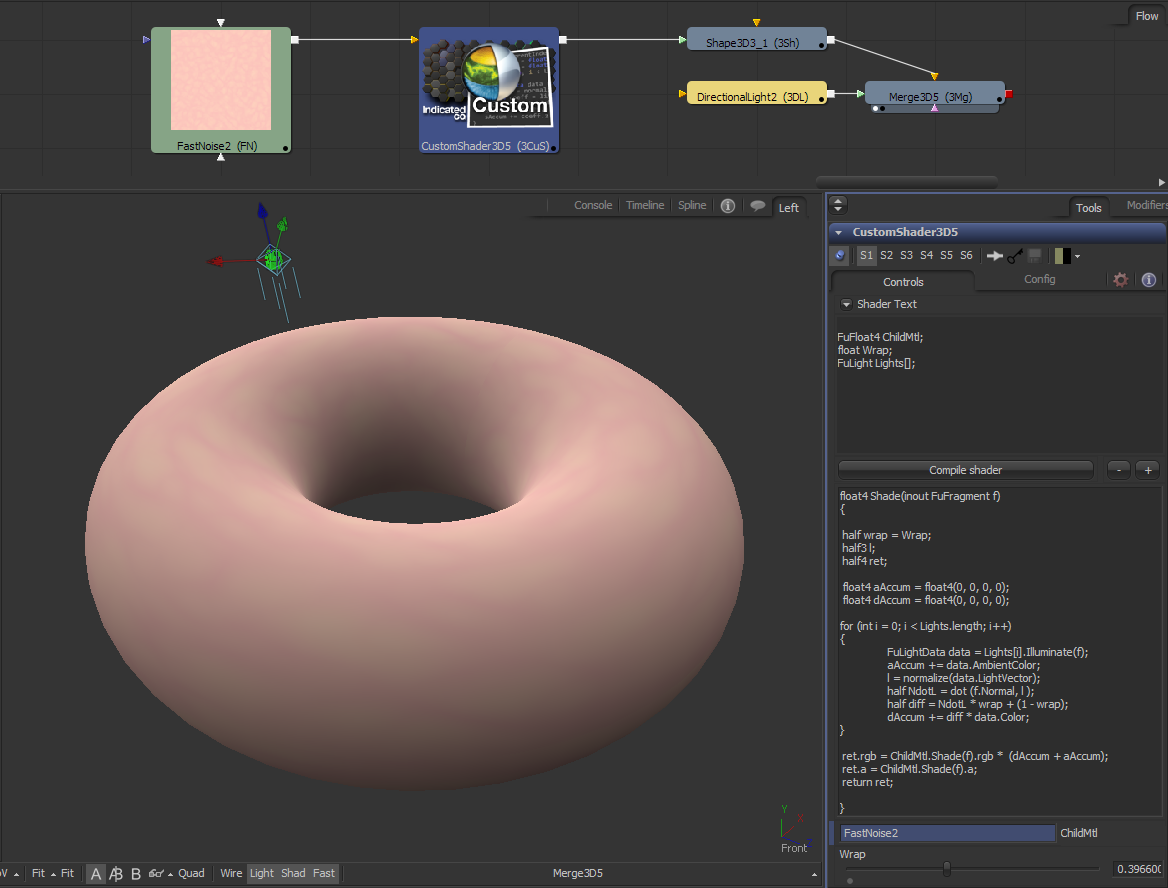 Write your own lighting models. Here, a simple half-Lambert shader. (click to magnify)

Because iteration on the shaders is so fast, it’s easy to learn how to make your own.  Custom Shader includes many examples, and we’ll be collecting tips on the product help page. 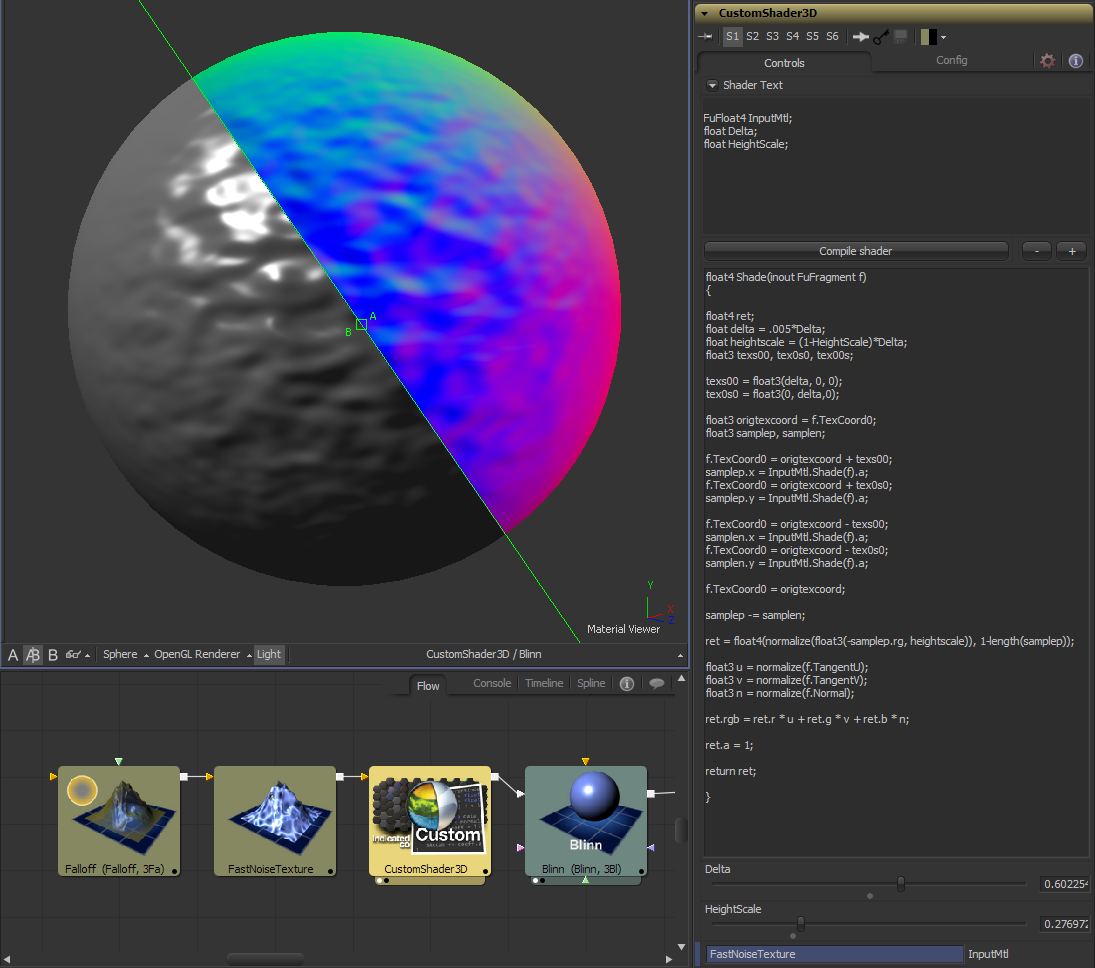 Our plugins come with free maintenance updates and include support for Fusion Studio 7, 8, and 9 (Windows only).

Please note: Plugins do not work with the free version of Fusion.